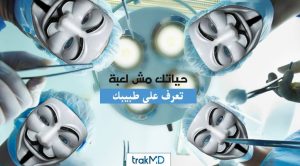 By the end of 2019, 66% of US health systems will offer digital self-scheduling and 64% of patients will book appointments digitally, delivering $3.2 billion in value and a competitive boost for health systems.

Leading health systems are shifting away from the telephone for patient appointment scheduling Driven by patient demands for greater convenience and more control, US health systems are adopting digital patient self-scheduling tools to differentiate themselves competitively, improve efficiencies and enhance patient engagement and satisfaction.

A recent Accenture survey shows 77 percent of patients think that the ability to book, change or cancel appointments online is important.

2 The consequences for late adopters could be severe. Research shows that the average time for a patient to complete a scheduling call is 8.1 minutes and agents transfer patient calls 63 percent of the time–far exceeding national crossindustry best practices for call handling.

3 Third party online self-scheduling services, which can enable patients to book appointments faster and get appointments sooner than by using the phone, position themselves between health systems and their patients and can drive patient volume to competitor systems.

Digital self-scheduling offers efficiency, value and differentiation Digital self-scheduling delivers significant financial and competitive benefits, helps maintain patient customer base, boosts operational efficiencies and improves organizational flexibility and agility. Adopting self-scheduling delivers value by enabling call center capacity to be reallocated and schedulers to perform additional and/or more complex activities. In 2019, 986 million appointments will be booked using self-scheduling tools, enabling health systems to reallocate $3.2B in scheduler capacity that year alone, based on average annual scheduler salary and productivity. By making general appointment scheduling available online, health systems can reduce excess capacity, expand scheduling hours and better allow for last minute appointments. The capability also provides healthcare transparency and patient control, both of which improve trust, loyalty and patient satisfaction. As more health systems jump on the digital self-scheduling bandwagon, adopting improved scheduling options in the context of new models of care delivery, the sophistication of these tools will continue to increase. Digital self-scheduling tools will also allow patients to assess eligibility and financial liability. Armed with the patient’s complete medical records, health systems will have the ability to provide a truly seamless patient experience on an endto-end basis, from appointment through treatment to follow-up and payment and beyond. By expanding the patient relationship online, providers can establish closer ties with patients that can ultimately improve their ongoing health and wellbeing. Today, health systems are being financially squeezed, patient volume is decreasing and hospitals compete to attract and maintain patients in local markets and across the country. Health systems trailing in adoption of patient self-scheduling tools could experience market share erosion over the next five years, as competitors that offer convenient self-scheduling create a digital buzz among patients. While the penetration of self-scheduling tools will quickly reach market maturity, the impact of this digital disruption could last much longer. Consequently, the need to remain competitive in the health marketplace virtually mandates that health systems adopt self-scheduling as rapidly as possible.

In the last half of the 20th century, the United States made impressive strides in ensuring the health of our children. Breakthrough medical research resulted in vaccines for many childhood diseases. Public health programs educated parents about the importance of these vaccines and state and city laws went into effect requiring immunizations for children to enter school. The good news is that our kids now are much healthier, and diseases such as polio and diphtheria, which once plagued children, have essentially been eradicated.

However, we still have strides to make in improving one of our children’s most basic needs — eye health.

Children approaching school age should begin having an annual eye exam by a licensed eye care professional just as they have regular physical and dental check-ups. Parents can’t rely on the vision screenings given in schools or even in pediatricians’ offices to really know what eye problems their children may have. After all, kids don’t know if their vision is off, because it’s all they’ve ever seen.

While childhood diseases of the body — measles, mumps, etc. — are well known, impairments affecting the eyes are less so. Case in point is amblyopia. Are you aware of it? Or how it could affect your child?

Amblyopia is a vision impairment that results from abnormal visual development in infancy or early childhood and can result in partial or complete loss of sight in the affected eye. What medical research has shown is that the brain favors one eye while not stimulating, or even ignoring, the other — which is why the condition is often incorrectly referred to as lazy eye. Amblyopia is the leading cause of monocular blindness in children.

The sad statistic is that amblyopia affects up to 5 percent of the population. If not detected and treated within a specific period of childhood, usually by age 7, it can lead to permanent vision loss. Common treatments are surgical correction of the eye muscle imbalance, eyeglasses or contact lenses, LASIK surgery and the throw-back approach of an eye patch over the dominant eye to force the weaker one to improve.

A research study for the Vision Council of America featured on the Vision Impact Institute website delved into the question of the better method for screening children in the years when they are most vulnerable to amblyopia — right before starting their first year of school.

Yes, it’s more costly to provide universal access to eye exams for all American school children. Vision screenings are less expensive but not as effective, according to the Vision Council of America study.

Kentucky set the standard for child vision care when it became the first state to enact a law requiring all entering public school or preschool to have a comprehensive eye exam by an optometrist or ophthalmologist. Two additional states, Missouri and Illinois also adopted these high standards. And this month, the Every Student Succeeds Act was passed by Congress and signed into law by President Obama. This provides block grants to states, which will help non-profit vision organizations work directly with school districts to benefit students in need.

Regardless of where we live, it remains the responsibility of parents to take care of their children’s eyes. The comprehensive eye exam by a licensed eye care professional remains the best option for doing all that we can to ensure the vision health of our children. Parents should make sure their kids see the eye doctor annually, just as they do for the pediatrician and dentist.

BEIRUT: As a nurse, Ibrahim Fakih knew that the spike in blood pressure his father was experiencing required swift medical attention. He frantically called the treating physician but hit the answering machine repeatedly. Telephone calls to practitioners recommended by acquaintances eventually led to an appointment, but only two weeks later.

“In Lebanon we suffer from a lack of [timely] access to the healthcare system,” Fakih said. More than a year later, he and his business partner Hussain Issa took inspiration from the experience and self-funded a project that intends to provide some fixes to the system.

TrakMD, a digital platform designed to connect patients and doctors, enables users to customize their search in order to identify the right practitioner according to a set of criteria, including the field of expertise, geographic location, availability and gender.

Appointments can be made online at the touch of a button, and a reminder is received by the user by SMS or email prior to the visit. Once the visit is over, doctors can access the patient’s digital medical record online and upload the results of check-ups and tests. At the same time, the patient is able to benefit from the personal medical record that can be shared with any number of doctors.

Fakih, who also has a background in health-care IT and who automatized the systems of a number of health organizations prior developing TrakMD, is persuaded that the platform will become mainstream. “The world is moving toward digitalization and it’s time for Lebanon to move ahead and be part of the global digital [revolution],” Fakih told The Daily Star at Beirut’s Berytech center, where the startup is located.

Issa, the business development manager at TrakMD, also shares Fakih’s optimism. According to Issa, the platform can potentially be used worldwide provided doctors and patients register in the system. “It can work without even having to contact us directly, the application can just be downloaded, there [are no obstacles],” he said.

Similarly, Lebanese people living abroad can download the app and book their appointments in Lebanon online to avoid phone charges.

Less than two months since its launch, TrakMD already has some 4,500 users and 400 registered doctors. The practitioners’ index book, however, includes the numbers and addresses of all doctors registered with syndicates in Lebanon.

“A doctor can be listed for free or he can choose to register to access our services,” Issa explained.

By registering for a fee that ranges between $30 and $90 per month, practitioners can activate online bookings, digitize their patient’s medical record and retrieve that information at any time, on any device. Once a visit is completed, users can also share their experience with other users by leaving a review of the doctor.

For some practitioners, positive feedback and better connectivity constitute a much-needed opportunity to expand their business. “We want to find new clients,” dentist Faten Raad said when explaining why the medical center she works for chose to adopt TrakMD. “We hope we will have more bookings.”

Endocrinologist Youssef Rachidi also shares the same hope. “People don’t always [have a clear picture of who] the best doctors are,” Rachidi said, adding that he found that the bulk of work is concentrated in the hands of a few well-known practitioners. TrakMD, he said, will take a few years to fully reach its potential but it will eventually help doctors achieve more visibility in Lebanon’s bustling medical market.

What Rachidi also appreciated about the platform is the fact that TrakMD is offering its own messaging service. “I am not happy when a client calls me or messages me on Whatsapp,” Rachidi said bluntly, adding that he perceives this as an intrusion in his personal life.

TrakMD’s Issa said the feature was expressly requested by a number of doctors they interviewed when developing the system. “With Whatsapp, doctors cannot avoid patients because they appear online. [With TracMD], patients cannot see if the doctor has seen the message or not,” he said.

Rachidi also noted that, at times, patients send him medical information on Whatsapp which he cannot save or put into context by reviewing the patient’s medical history. With TrakMD, however, he can save this information in their personal folder and review the medical history from his mobile device.

According to TrakMD’s funders, the platform can also be modified to include new features that fit its mission. Recently, the “blood module” was designed and installed in collaboration with the Lebanese Red Cross and other health providers.

“All users can request blood instantly by filling out a short form,” Issa explained. “TrakMD sends a push notification, so the request can reach a wider audience.”

Push notifications can be switched off, but users are still able to access the dedicated page and respond to one of the calls for blood whenever they are willing to.

“The blood module was the latest addition – it fits the humanitarian scope of [TrakMD],” Issa said. As the team works toward expanding its user base, the developers predict the platform will evolve and change, adapting itself to new needs as they arise.

A version of this article appeared in the print edition of The Daily Star on January 03, 2018, on page 3.
http://www.dailystar.com.lb/News/Lebanon-News/2018/Jan-03/432237-local-app-seeks-to-streamline-medical-industry.ashx